The Importance of Branding 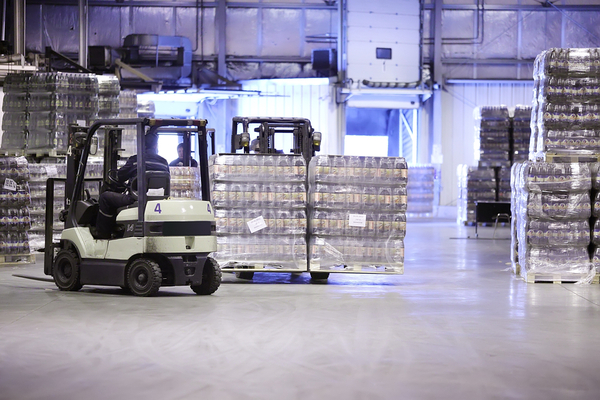 This piece came to us by Craft Brewing Business which was provided by CODO Design, a food and beverage branding firm, and authors of Craft Beer, Rebranded. This book (and companion workbook) is a step-by-step guide to help you map out a successful strategy for rebranding your brewery. Join 5,000+ other brewing industry folks on the Beer Branding Trends newsletter to receive monthly field notes covering trends, currents and actionable advice from the front lines of beer branding.

When we help breweries rebrand, we spend a lot of time up front organizing the behind the scenes project team. Beyond all the front and back of house folks — the leadership team, sales, marketing and brewing staff — we’ve found that distributors are often one of the most crucial groups we can speak with.

We like talking to distributors because they bring a much needed quantitative view of the market to the brand strategy process. A distributor doesn’t “feel” like they know what will sell. Instead, they’ll pull up a spread sheet and show you exactly how many cases of a style, or brand or brewery sells through a specific channel at any given time of the year. This is powerful intel when you’re making changes to your portfolio, where a wrong move — say, printing a truckload of cans for a SKU that might not sell — can cost your brewery tens of thousands of dollars.

Talk to a handful of breweries and you’ll get varying opinions on distributors. We’ve heard them celebrated as vital partners to expansion. And we’ve also heard them lamented as a state-imposed necessary evil (that cuts deeply into an already slim profit margin).

But today’s conversation isn’t about that. This will be a primer on what a brewery should consider before vetting a potential distributor. What are the necessary steps to sign with one and what are some common landmines to be weary of as you conduct your search. We’re excited to bring in Jim Schembre, of Indianapolis’ Craftroads Beverage, to give you a lay of the land and answer a few questions we see come up again and again throughout our work in craft beer branding.

CODO: Starting off, please introduce yourself and Craftroads Beverage — who are you, why did you start a distributor?

Jim: Jim Schembre, General Manager of Craftroads Beverage. I’ve been in the beer wholesale business all my life, and now the end of my career, totally about 50 years in the industry. I worked for my father and bought him out, then sold to Monarch and worked there for 20 years. While at Monarch, I developed a craft beer selling system called World Class Beer, that was eventually picked up by several wholesalers across the country, allowing me the opportunity to travel to many different breweries and wholesalers alike. After I left Monarch, I was approached by Scott Fitzgerald, who owned Keg Logistics and another third-party freight brokerage, and he talked me into starting a new craft-only distributorship here in Indianapolis.

Indiana has one of the lowest distributors per capita in the country, so there was a need for a craft focused distributor in the market, and I think we have met that need well.

CODO: What is one misconception most people / breweries have about distributors?

Jim: The biggest misconception I see is the value vs. cost of a distributor. I am always hearing, especially from new breweries, that we are “making too much.”

There is a misunderstanding and lack of education when it comes to the cost of creating a distributorship. Trucks, payroll, warehousing, benefits, retailer relationships. All are expensive. In Indiana, we are one of the states that allows self-distribution, and if you ask any brewery that chooses that route, I’m sure they will tell you that it is much more costly than they originally thought.

CODO: What are the most common mistakes you see when breweries approach you about carrying their products?

Jim: The most common mistake we see from suppliers approaching us is they have no market plan and no expectations. They just say, “sell it,” without doing the research and planning, which goes back to the misconceptions suppliers have about wholesalers.

Having a plan and set expectations is key to a successful supplier/distro partnership. Know what you specifically want before ever reaching out to any wholesaler. How many SKUs are you looking to distribute? How many barrels/cases of each can you produce a month for distribution? What do you expect us to sell the first six months, the first 12? What resources and personnel can you allocate to the initial launch?

If you approach us knowing what you want and a plan on how to get it, you are halfway there, the other half is making great beer.

CODO: Is there anything you see that automatically disqualifies a brewery from working with you?

CODO: You have the opportunity to bring on one new brewery from two similar brands — similar reputation, beer quality, portfolio and annual production. What are you looking for to decide between the two?

Jim: Packaging and market support. The brand with better package design that can provide better resources and personnel for market support would be the option we’d choose.

CODO: Do you have any advice, branding or otherwise, for people who are considering opening a brewery?

Jim: It isn’t just about brewing great beer anymore. Especially for new breweries, your branding will be the best way to cut through the noise of the other 3,000 new breweries vying for consumer loyalty.

Do your research, and not just the technical and business research. Go to retail accounts, bars, and liquor stores, and see what the packaging looks like, see what tap handles look like, and notice the ones that catch your eye. Go to wholesalers, and ask questions, because at some point you will need a distributor. The more you know, the better you’ll be able to decide if it’s the right choice for you, and more importantly, how to succeed if you do choose to open a brewery.