6 Types Of Taproom Customers And What They Want 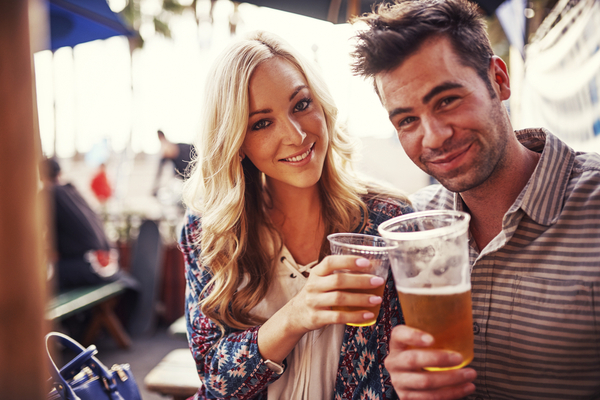 With restrictions lifted in a majority of the United States, beer drinkers are eager to return to their favorite watering holes once again. While no two beer drinkers are alike, it’s critical for breweries to consider who they serve and what matters most to those customers to retain the taproom profit margins. One party may walk into your taproom for a new beer release, but the next can’t miss this week’s Bingo tournament. Knowing your consumer base is a critical first step to effective marketing and branding.

Does your brewery attract locals, social gatherers, travelers, or something else? We took a look at over 1,300 pieces of 2021 taproom customer feedback from 68 randomly selected breweries in the United States and completed a full report. Who are we? Craft Beer Advisory Services, a full-service market research firm exclusively dedicated to the craft beer industry.

In our report, we analyzed patterns, preferences, and motivations to develop behavior profiles for six high-level consumer personas. After all, whether it’s a family of four or a beer aficionado, the goal remains the same: provide a product, environment, and experience leading to a return visit. Read on to learn about the six types of taproom customers including their motivations, turn-offs, and competition for their business.

Social Gatherers are customers primarily motivated by environmental elements of their visits. It’s the outdoor seating, views, and overall vibe that impacts their visit. They’re often visiting with their friends for good conversation followed by good products. Their perceptions of breweries are impacted by staff interactions and service efficiency more than other persona groups. In fact, poor service interactions are the number one reason why this persona group does not return to taprooms.

In terms of overall happiness, social gatherers are more likely to leave positive remarks about their experience than several other persona groups. This is a big win for breweries since social gatherers were the largest group of consumers. However, breweries also naturally face the most competition for these folks. Environments like traditional pubs, local bars, other breweries, and wineries all have the potential to offer similar elements to pique their social interests.

Foodies are customers primarily motivated by, you guessed it, food. Whether it’s a full kitchen, limited offerings, or even delivery services, Foodies have a need to eat on their visit otherwise they significantly increase in likelihood to go somewhere else. Secondary motivators for return visits among this persona are beer variety and environment. When analyzing top experience detractors, food also ranked as the number one reason folks would not return to a brewery. These customers placed significantly less importance on staff interactions as food truly made or broke their experiences.

Foodies are also one of the most difficult groups to please as they were more negative overall than other persona categories. Breweries also face stiff competition for these customers because they can go to pubs, bars, restaurants, or even food trucks to get their fix.

Beer Geeks are the customers committed to the craft behind your beer. They’re the ones chatting it up with your brewer about the different hops and tasting notes. When analyzing top motivating factors for a return visit, the number one and two factors were beer variety and specific beers. This was the only group in which specific beers played a significant role in the likelihood one would return to a brewery. After the beer, food was the next most important motivator for Beer Geeks. Similar to Social Gatherers, service interactions were the number one reason this persona did not return.

Despite high expectations, Beer Geeks were the happiest of consumer personas overall and the lowest maintenance crowd in your taproom. They typically find something on the menu to enjoy and you naturally face the least competition in terms of venues outside of other breweries or craft beer bars.

Travelers are non-locals primarily seeking experiences. Aspects like environment, social interactions, and taproom attributes are nearly as important as beer variety and food. Rather than focusing mostly on return motivators, this section details experience detractors. Considering travelers in many cases won’t be back, converting these oftentimes one-time shoppers into a positive influence on your online social footprint is critical. The number one factor detracting from Travelers’ experiences are the people interactions with both staff and service efficiency.

There is an added level of pressure with out-of-towners because they’re often using PTO, spending money to travel, and choosing to spend it with your brewery. The minimum experience for these folks are happy staff. The good news is people interactions are something truly in the brewery’s control more so than other factors like price or location.

Travelers are a happy group compared to other personas and the competition is more limited. We found that other tourist-based spots such as local restaurants with tremendous reputations or other experiential restaurants either with incredible views or specialty items are the other top contenders for this group.

Locals are the backbone of any small business and oftentimes particularly for craft breweries. While they may not be the most active online, they tie for first in terms of importance on service interactions. Relationships keep locals coming back almost as much as beer.

While breweries love their locals, they are the trickiest to manage in terms of leaving reviews and impacting online reputations. Locals are much more likely to leave negative reviews than other persona groups, and it typically only happens after one bad experience. Even though someone may have had 10 good experiences, if the 11 one that doesn’t meet expectations may prompt them to be a first-time reviewer. Considering COVID-19’s impact on our research, locals were comparing the pre-pandemic experiences to the during- and post-pandemic experiences.

Folks want nothing more than to return to their favorite spot, but they are doing so with the highest of expectations among all groups. Top motivators for the group are food, beer variety, and environment. Main competition for these people is likely well known including places like other local bars, family-owned and operated venues, and other restaurants.

Family Trippers focus on the experience of their partner, their kids, and four-legged friends too. Aspects like environment, facilities, and accessibility rank higher in importance compared to other groups. It takes much more than good beer alone to bring these folks back. As we dove deeper into this group, it naturally made sense because there are more people to please.

Kids are going to care either about their food, yard games, board games, or the music while parents are likely interested in some different things. In order for everyone to be happy, everyone needs to be occupied. Competition for these consumers is widespread ranging from local restaurants all the way to activity hubs like bowling or movies.