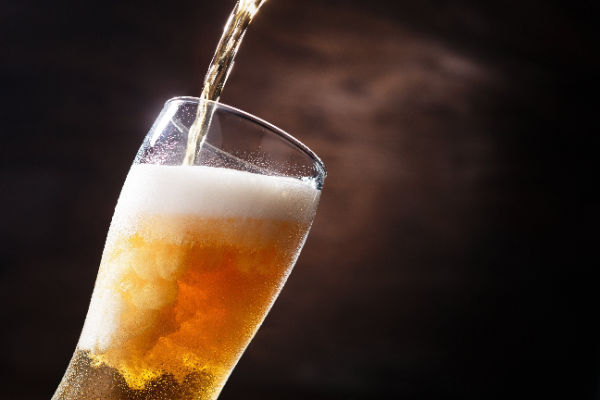 In an article that was originally shared by Andrew Kaplan with Cheers, he discusses what the top beer trends will be in 2023.

Kaplan states, “Has the turmoil of the past few years led to more nostalgic beer styles, a harkening back to simpler times? That’s one possible explanation for what appears to be a renewed interest in lagers this year for beer drinkers — among other beer trends in 2022-2023.”

“Day-drinking on the weekends has become a thing,” says Greg Engert, beverage director and partner of Neighborhood Restaurant Group in Alexandria, VA.  “The lower-ABV classic styles you can drink while you’re playing a game or doing other activities,” Engert adds, naming what’s popular. “It stands in contrast to the office-based happy hours and late-night drinking sessions in darker bars.”

“I think because beer drinkers and breweries have maybe jumped the shark with off-the-wall beer styles, people are now coming back to wanting a really nice, quality traditional beer style, and lagers fit that category,” says Wyndee Forrest, co-owner of the Henderson, NV-based CraftHaus Brewery.

Neighborhood Restaurant Group’s Engert has seen the same trend. “It’s a reaction to some of those sweeter, more-newer styles,” he says. “And the biggest among those are crisp styles, but more specifically, pale lagers like helles, pilsner, but then also, crisp, refreshing ales like kölsch.”

Engert says there has also been a renewed interest in nuanced lager styles like tmavé and polotmav. Cask ale has made a comeback as well, he notes.

While IPAs may be fading a bit, they have built up quite a following in recent years and still remain popular. For example, at Austin’s Easy Tiger the top-seller is Electric Jellyfish hazy IPA from nearby Pinthouse Brewing, continuing its five-year reign as the number one beer in Austin, says beverage manager Stetson Strifler.

“You pretty much have to have that on tap in Austin, no matter what kind of bar you are,” Strifler says. “I sell probably 140 liters a week.”

“In Southern California, it’s a very broad mix of classic American beers and Baja-style lagers, as well as IPA and craft beers,” says Moiles. “I feel it’s a split: Some people are looking for simple approachable flavors, a moderate ABV, and everyday drinkable beer, and others are looking for bold flavors and new experiences.”

In fact, depending on where you are, there is still quite an appetite for creative brews with more mass appeal. For example, in the Las Vegas area, CraftHaus has had success with a strawberry mochi milkshake IPA called Sugoi. “It has a cult following,” says Forrest. “That one sells out within hours.”

Hazy IPAs are still in at Nemo’s Beer Shop and tasting room in Queens, NY, says owner Andrew Bronstein. “I still sell three times as many hazy IPAs as anything else in the store. It blows my mind sometimes.”

Bronstein, who also co-founded Brooklyn’s Sixpoint Brewery in 2004, says things have changed considerably since he started in the business. “It used to be about color and brightness,” he says, “and now it’s about aroma and soft juicy flavors.

Among the newer styles he is seeing are smoothie sours. “Fruited sours that aren’t sour,” he says. “They have lactose in them so they are, again, soft and fruity and juicy, and they don’t have the bite of an actual sour beer, but somehow they fall into the sour beer category.”

“Will this be the year when nonalcohol beer finally gains widespread acceptance? The sub-category had a run years ago and never really took off. But these products may be here to stay this time, thanks to new brewing methods resulting in better quality,” reports Kaplan.

Partake Brewing, based in Calgary, Canada, offers nonalcohol beer in 10 different styles, and at just 10 to 30 calories per can. “When we started in 2017, we were one of five or so craft nonalcoholic beers,” says Founder/CEO Ted Fleming. “Today, there’s probably 50.”

He says the audience for NAs has broadened into those who drink alcohol on occasion, but are looking for a healthier alternative — particularly on weekday occasions.

Seasonal beer remains a sure-fire way to please customers. Iron Hill Brewery, which has 20 locations on the East Coast, was preparing in August to launch its pumpkin and Oktoberfest lagers, “which we sell the hell out of in the fall season,” says Mark Edelson, one of the founders.

Further into fall Iron Hill rolls out its higher-ABV, fuller-bodied Double IPAs, while the holiday season brings out its Reindeer’s Revenge, a Belgian tripel with American hops in it. To get drinkers through the winter, Iron Hill fortifies them with its Russian imperial stout, only to lighten things up in spring with maibocks and hazy beers.

Tipi Vryasith, food and beverage director at Hotel del Coronado, says “for the fall, she likes brews that evoke memories of apple picking and the fragrance of fresh apple cider donuts. I look forward to all the autumn flavors: pumpkin, cinnamon, caramel, nuts and grains. I can’t wait to see how these flavors meld together with a stout, a big IPA, amber ale or a porter,” she says.

Andrew Kaplan is a Queens, NY-based writer who covers the beverage industry and his full article can be reviewed at Cheers.