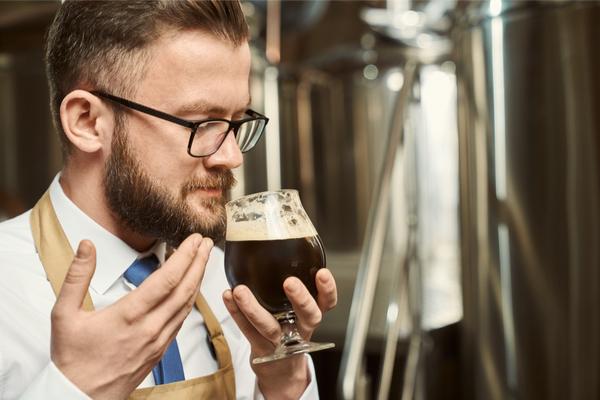 The experts at Tavour have their fingers on the pulse of industry trends. The app-based retailer works with over 600 independent breweries to connect craft beer fans with brews they can’t find near home, and in doing so, they see new innovations right when they hit the market. Here are three of 2021’s newest and trendiest upticks, according to Tavour:

Ever tried freeze dried, granulated Marlborough Sauvignon Blanc grape skins? Probably not! Phantasm Powder is the new, never-before-tasted ingredient coming straight out of Phantasm labs in New Zealand. As craft brewing’s newest secret, folks on Tavour are getting some of the earliest sips.

The skins from New Zealand’s most heavily farmed wine grapes have a ton of thiols in them — the same stuff that produces the aromatic characteristics in hops!

Primarily, though, the influence of Phantasm Powder is olfactory — the aromas of the hops used in the boil are amplified, with an added punch of white wine notes and a dank backbone. The flavors and aromas of any Phantasm Powdered brew are pungent and bold, and all IPA fans should keep their eyes out for this new ingredient in bottleshops and taprooms someday soon (or right now, on Tavour).

Some recent beers on Tavour with Phantasm Powder include:

Savvy craft beer fans may have noticed the next frontier in Barrel Aged beer. Move over Bourbon, here’s a love letter to diehards of the agave influence — Mezcal barrel-aging. Tavour has seen a big swell in Mezcal barrel-aged beers across multiple styles. The amount of beers aged in Oaxaca-sourced barrels more than doubled since 2019, with no sign of slowing down.

Mezcal’s character makes for a smokier, more savory finish that brewers around the U.S. are honing in on. From Mezcal barrel-aged Golden Ales to Tripels to Wheatwines, Tequila’s crazy uncle offers a noticeable elevation to a diverse array of beer.

While we may continue to see the number of beers aged in Mezcal barrels grow even further, it’s an up-and-coming component that Tavour members have the upper hand on.

Some recent beers on Tavour aged in Mezcal barrels:

One of the hottest additions to beer isn’t vanilla bean, chocolate, or coffee — it’s dollops of creamy Peanut Butter. Tavour reports a wave of Peanut Butter hitting the market. Since 2019, the online retailer has seen a 35% increase in the number of Peanut Butter beers offered on their app!

Brewers don’t stop with adding PB, either —  they often use it as a start to the experimentation, with PB & J sandwich brews, Peanut Butter cup beers — even a beer straight-up sponsored by Skippy hit the Tavour app in June! The creamy-thick flavors from Peanut Butter bring together some stand-out dessert and lunch-based brews that members on the app get to try ahead of the curve.

Some recent beers on Tavour brewed with Peanut Butter:

Craft beer fans looking to get up close and personal with these innovative trends can check out the Tavour app!